West Virginia Democrats face off in debate for governor 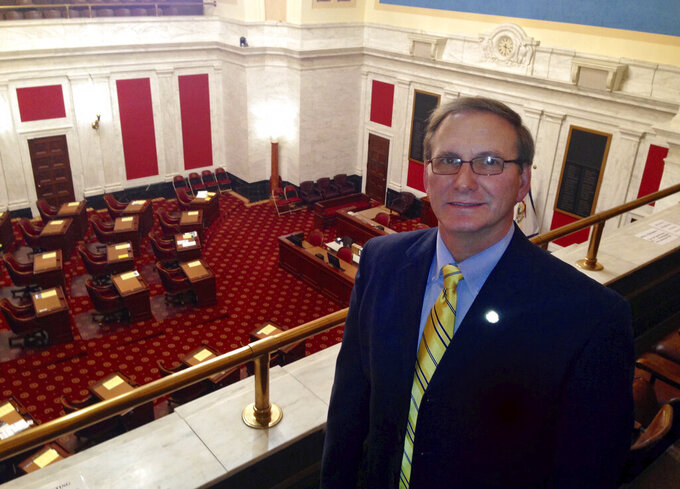 FILE - This Tuesday Feb. 10, 2015, file photo shows Dr. Ron Stollings, a West Virginia state senator, as he stands in the gallery of the state Senate chambers, at the Capitol in Charleston, W.Va. Stollings is participating in a Democratic debate in Bridgeport on Tuesday, May 19, 2020. (AP Photo/John Raby)

The Democratic candidate for governor took aim at primary opponents Stephen Smith and Ben Salango in the final minutes of a gubernatorial debate Tuesday night as he emphasized a long career of centrism at the state legislature.

The quip came at the end of a mostly cordial, televised debate that had the three Democrats touching on the coronavirus pandemic, drug abuse, population decline, economic growth, broadband and more via a social distanced split screen conference call.

For Smith, a community organizer who has built an extensive network of campaign volunteers and small donors throughout the state, that meant a lot of big ideas. He pitched legalizing marijuana, medicare for all, a state bank to promote small business growth and plans to make broadband a public utility.

“We have to be ready to take on a fight and to do that we have to have a campaign and candidates up and down the ballot who won't take money from corporate donors,” he said responding to a question on his broadband proposals.

Smith read his phone number aloud at least twice, urging people to call him if they had ways to improve his campaign platform or if they need help during the pandemic.

Salango, a Kanawha County commissioner and lawyer with the backing of U.S. Sen. Joe Manchin, and Stollings, a state senator for 14 years, repeatedly returned to their experience in government as they fielded questions.

Stollings highlighted legislative support of teachers and against charter schools, dug into the specifics of ditching and paving roads and stressed that he can work with both sides of the political aisle to pass bills.

“I worry that the other two folks that are on here would have a problem in the fall," said Stollings, adding "we're a conservative state, people don't like socialism frankly and we have to have bigger ideas than transforming a golf course into soccer fields,” the latter a reference to a project that Salango spearheaded in Kanawha County.

Salango defended the soccer field at the Shawnee Sports Complex, calling it an economic hub that generates tens of millions of dollars a year. Separately, he pushed for expanded vocational training for students, called for infrastructure repairs and floated a retooling of the state health department to create a bureau focused entirely on children.

“I have a history of getting things done, as a small business owner, also as a county commissioner,” he said.

The West Virginia primary election is scheduled for June 9.