What's ahead? NFL owners to meet about upcoming season 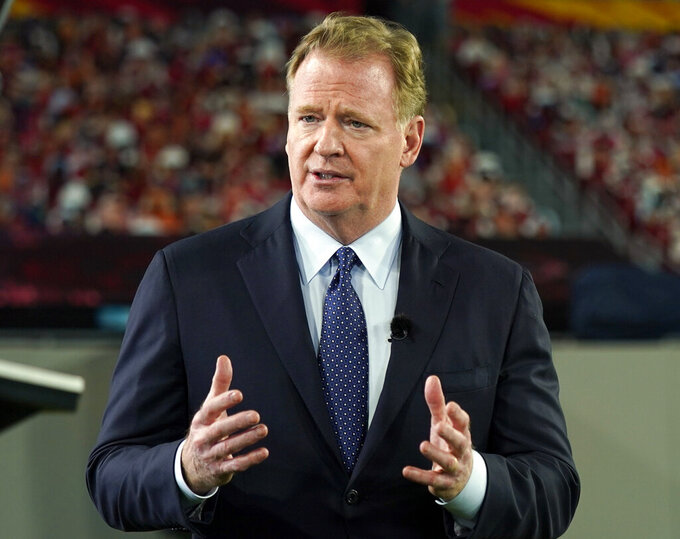 They'll begin finding out this week when the 32 team owners hold virtual meetings Tuesday and Wednesday.

Two items top the agenda: increasing the regular season to 17 games and decreasing preseason games to three per team. Both are nearly certain to be approved after a pandemic-stressed season that severely cut into the league's revenue stream.

Many players, however, aren't thrilled with the idea.

Regardless, it's about to happen. The owners want it and don't need the union's permission. The media partners who just spent about $10 billion annually for NFL rights fees will get more content that counts, and fewer exhibition games.

With the preseason reduced, plans basically call for a bye week after the final August games and before the season begins in the second week of September. Also coming is a reduction in such offseason events as minicamps, organized team activities and preseason work.

“There will be automatic changes to the offseason and in-season workout schedules as a result,” said George Atallah, the NFL Players Association spokesman.

Just how expansive those changes will be is uncertain. By early April, clubs with new coaches — this year, the Jaguars, Texans, Jets, Chargers, Eagles, Lions, Falcons — normally are meeting with players before the entire league begins OTAs. All of that occurred remotely until training camp last year.

“I’m not that concerned about it, honestly,” new Lions coach Dan Campbell said. "If there was a concern, it would be strength and conditioning, that part of it, and your guys working together a little bit. But if that’s the case, you give them a plan and you keep tabs on them and make sure they’re staying on top of what they need to do.

"But listen, we’re not going to use that as an excuse for us. If we can’t start until training camp, then you know what, we’ll be ready to go and we’ll hit the ground running and we’ll get what we need to get out of it and adapt as fast as possible.”

League and union research has revealed that the games with the most injuries are in the preseason. Dropping one exhibition, the NFL believes, removes the most vulnerable game for players and replaces it with a week of regular-season practices and a game.

The 17th game will be interconference, with specific divisions matching up first-place finishers in 2020 on down to fourth-place clubs. In 2022, the league hopes to add international games to that format.

Another major offshoot of playing 17 games will be moving the Super Bowl back one week, in this case from Feb. 6 in Los Angeles to Feb. 13. That would place the title game in the middle of the Winter Olympics in Beijing. Coincidentally — or maybe not to the network — NBC has both.

There will be no discussions on rules changes at these meetings. Those will occur in mid-April, when the competition committee presents any recommendations.

Also on this week's agenda:

— An in-depth rundown of the media rights agreements that run through 2033, including placing Thursday night games on Amazon's streaming service.

— A review of 2020 COVID-19 protocols and what the league and union learned. Much of the basis of future protocols will concern vaccines and the data players and coaches need to make informed decisions. It's possible that players and coaches who are vaccinated will be given more freedom from protocols.

— Specifics regarding plans for next month's draft in Cleveland. The league said this draft will approach a normal one, albeit with health and safety protocols in place and limited participation by prospects.

— Updates on health and safety developments, including equipment such as helmets, pads and cleats.