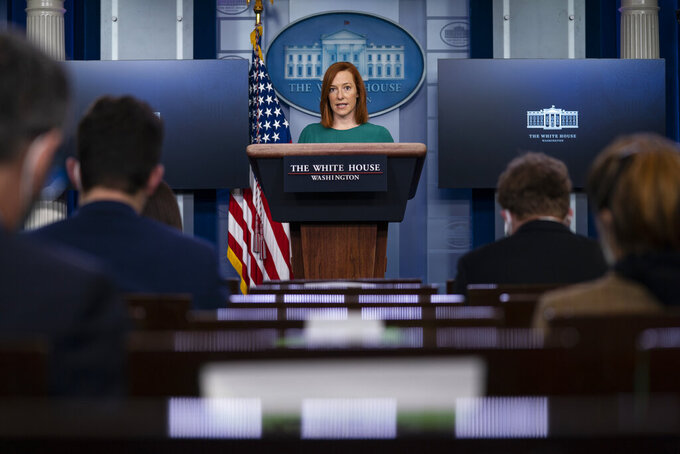 WASHINGTON (AP) — The Biden administration is adding a sign language interpreter to its daily press briefings.

White House press secretary Jen Psaki announced the move during Monday’s briefing, and an interpreter could be seen on the White House’s YouTube stream of the event.

Psaki said President Joe Biden “is committed to building an America that is more inclusive, more just and more accessible for every American, including Americans with disabilities and their families.”

It marks a shift from the Trump administration, which had only sporadic press briefings and didn’t include an interpreter until late in President Donald Trump’s term.

Last August, the National Association of the Deaf joined five deaf individuals in suing Trump and press secretary Kayleigh McEnany, charging the failure to provide an interpreter undermined the ability of deaf and hard-of-hearing Americans to access key information about the coronavirus pandemic.