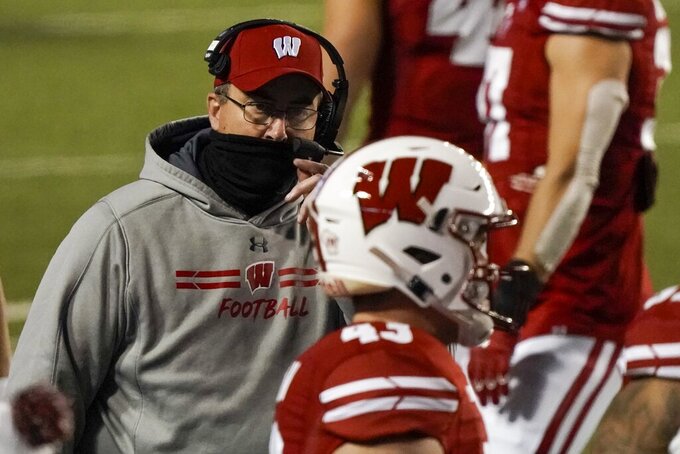 MADISON, Wis. (AP) — Wisconsin says the number of active COVID-19 cases within the football program increased to 16 as of Thursday morning.

This news comes one day after Wisconsin announced it was canceling its scheduled Saturday game at Nebraska due to the number of players and staffers who had tested positive.

Fifteen of the football program’s positive COVID-19 test results have come since Saturday, the day after the ninth-ranked Badgers’ season-opening 45-7 victory over Illinois. One of the people to test positive is Wisconsin coach Paul Chryst.

Wisconsin hasn’t set a timetable for when it could resume in-person football activities, but that return can’t occur any earlier than Wednesday. The earliest Chryst could return from his 10-day isolation period as mandated by the Centers for Disease Control and Big Ten is Nov. 7 – the day the Badgers are currently scheduled to host Purdue.

Wisconsin has secured hotel rooms for football players who haven’t tested positive, as the school attempts to separate those who live together and to mitigate the spread of the virus. Each player has his own hotel room. The rooms are all in the same area of the building to limit exposure to other hotel guests.