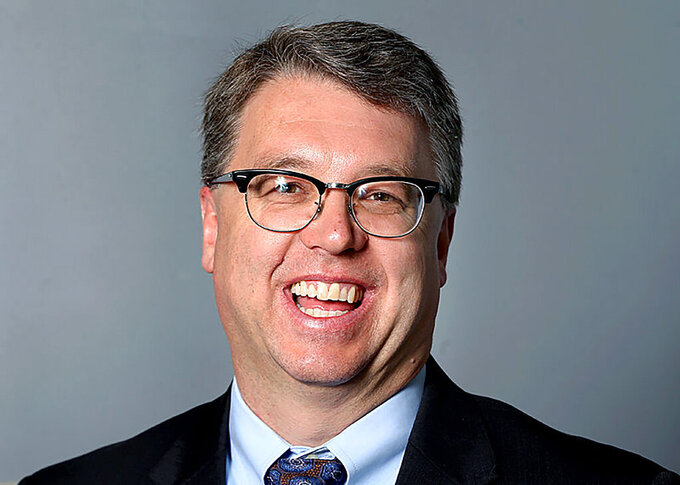 That primary was one of about three dozen legislative and congressional primaries on Tuesday’s ballot. The election went off much more smoothly than April’s chaotic presidential primary, with municipalities forced to shut down polling sites after workers refused to show up out of fear of contracting the virus and voters overwhelmed the postal system with absentee ballots.

Absentee voting was again intense, with nearly 906,000 such ballots requested by people looking to avoid in-person voting, and about 61 percent of those returned by Tuesday morning. Only about 123,000 absentee ballots were requested two years ago.

Gov. Tony Evers activated the National Guard to help staff polling sites. In Milwaukee, where the city managed to open just five sites in April, the city had about 170 on Tuesday thanks to an additional $100 to poll workers and a concentrated recruiting effort. In-person turnout was light, too.

Wisconsin Elections Commission spokesman Reid Magney said there were no problems with absentee voting, although counting was going slowly in Milwaukee and Kenosha. At Milwaukee's central counting facility, the machine that opens envelopes broke down, forcing counters to open the envelopes manually, he said. Some voters have complained about poll workers not wearing masks, leading the commission to contact clerks in those jurisdictions to remind them that workers must wear masks per a statewide mandate.

Republicans hope to flip six seats in November — three in the Assembly and three in the Senate — to win two-thirds majorities in each house. That would enable the GOP to override Democratic Gov. Tony Evers' vetoes and largely sideline the governor next session. Some notable races:

— Kelda Roys emerged from a seven-way Democratic primary in Madison to replace state Sen. Fred Risser, who has held the seat since 1962. No Republicans are running, so Roys' primary victory essentially earns her the seat. She ran unsuccessfully for governor in 2018.

— Former state Agriculture Secretary Brad Pfaff won a three-way Democratic primary for an open Senate seat in western Wisconsin. Pfaff decided to run after the Republican-controlled Senate fired him from his secretary post last year. He'll face Republican Dan Kapanke in November in what the GOP sees as a prime pickup chance.

— Democrats Sandra Ewald of Green Bay and Jonathon Hansen of De Pere clashed in a primary for an open Senate seat in northeastern Wisconsin. Hansen's uncle, Democrat Dave Hansen, held the seat for 19 years before retiring this year. The winner takes on Republican attorney Eric Wimberger in November. The district leans conservative and Republicans are banking that they can flip it.

Fitzgerald is looking to succeed the retiring Jim Sensenbrenner in southeastern Wisconsin’s 5th District. Sensenbrenner has represented the district in Washington since 1979.

Jen Peck, a 51-year-old teacher trainer from Eau Claire, and her 18-year-old daughter, Liz Wiltgen, both voted absentee, just as they did in April.

“Not knowing what the future will hold, our family is being really, really careful,” Peck said. “It was safe and easy and we could do it from home.”

Jan Graveline, a 60-year-old graphic designer in Milwaukee who identifies as a Democrat, said she tried to vote absentee in April but her ballot never arrived. She stood in line for 2 1/2 hours in a hailstorm to vote in-person for Elizabeth Warren.

“It was scary but also just too important an election not to vote,” she said. She’s since become a plaintiff in a federal lawsuit seeking to relax restrictions on absentee voting in Wisconsin. U.S. District Judge William Conley is expected to issue a ruling by the end of August.

Graveline voted absentee again for Tuesday's primary. She said she dropped her ballot off at City Hall on Friday because she didn't trust the U.S. Postal Service to deliver it.

This story has been updated to correct “winning” to “running” in first bullet item.