Wolfsburg's Mbabu out of Europa League after virus positive 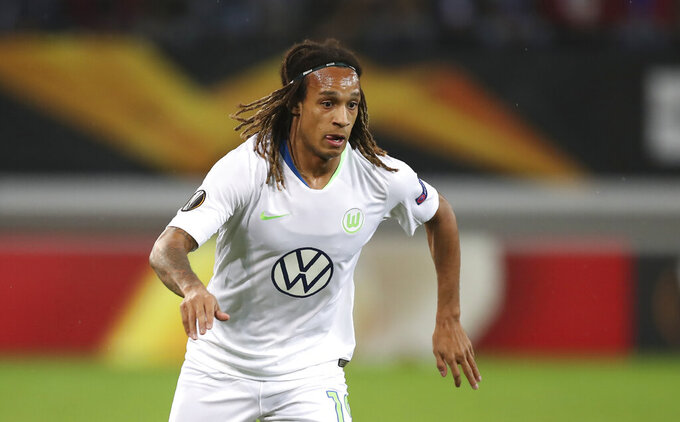 Wolfsburg coach Oliver Glasner said the Switzerland defender would “definitely” not travel with the team to the Ukrainian capital Kyiv to play Shakhtar on Wednesday. He has not been training with the team, Glasner added.

Wolfsburg said on July 25 that Mbabu tested positive and was in isolation at home. He was not displaying symptoms, the club said at the time.

The right back played 20 games for Wolfsburg in the Bundesliga this season, including 90 minutes in all nine games after the league resumed in May amid the pandemic.

The Europa League restarts on Wednesday after a break of nearly five months. The second legs of last-16 matchups will be played at the original venues.

Two fixtures where the first leg wasn't played before the season was suspended — Inter Milan against Getafe and Roma against Sevilla — will be played as single-leg contests in Germany.

From the quarterfinals onward all games will be played in a tournament format in Germany.